This week, we began working on serial communication. While I initially followed the concepts in class, once I was working on it at home, I had some difficulty. The initial idea I had, was to combine the homework assignment for ICM, with the one for PCOMP. I had a wack-a-mole game that I did as part of my javaScript class at Columbus State Community College. I figured I could re-write the project for p5, and then control the mouse movement and clicks with a joystick on the breadboard.

*edit* I’ve since realized I had the joystick set up wrong on the breadboard. I’ve gotten one with a breakout board, and will try again this week.

As is common with any plan, it didn’t work out the way I thought it would. I have the sketch for ICM somewhat working, but it’s not quite where I want it to be. I’m getting output to the console with the Arduino and joystick, but it’s not what I expected. The results in the console are scrolling by regardless of if the joystick is being moved or not. 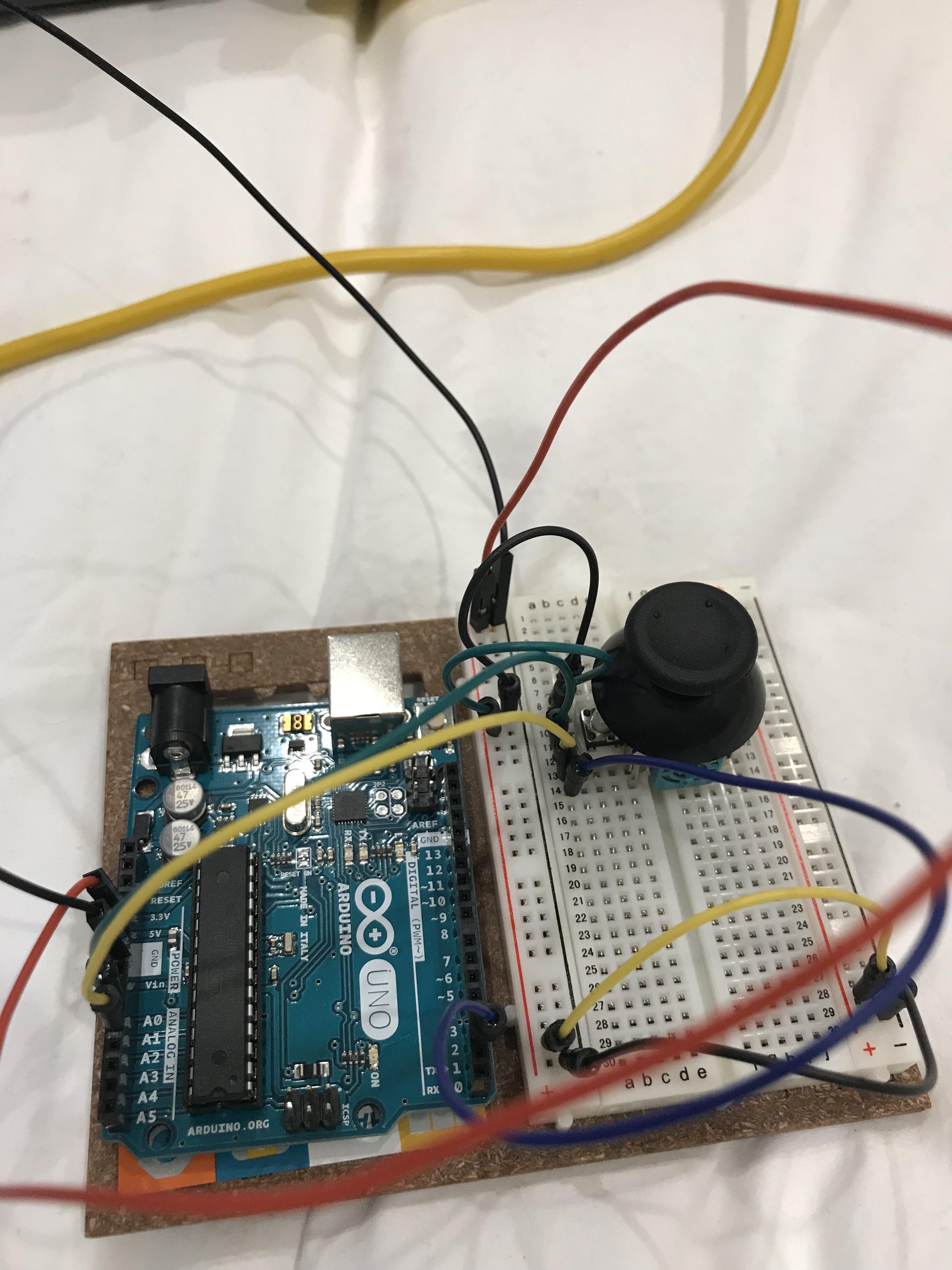 IMG_6355 from Kellee Massey on Vimeo.

IMG_6357 from Kellee Massey on Vimeo.

This site uses Akismet to reduce spam. Learn how your comment data is processed.